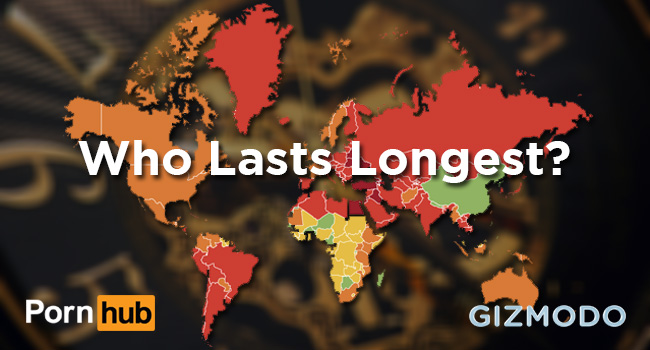 I still wonder why Cupertino’s cousins shows only a disappointing 8:58 stamina… maybe a side effect of “one Apple a day”?

Who last the longest? And yes, there’s plenty of date for countries and cities all over the world!

Don’t be scared about the topic, it’s absolutely SFW.

If you’ve ever been curious about how long some of the world’s major metropolises masturbation sessions tend to last, look no further than to this relevantly themed section of the interactive infograph. Sessions span a leisurely 13:58 minutes over in Kingston, Jamaica, and over in the US, Los Angeles lasts around 10 minutes and 44 seconds per session. The good times continue to last in Johannesburg, South Africa with visits lasting around 10:35, outlasting Canada’s capital of fap, Edmonton, clocking in at 10:27. Efficiency rules in Baghdad where sessions are the shortest on average in the world, generally lasting only 5:32. Tokyo only goes for around 6 and a half minutes while Istanbul lasts a mere 7:21 on average.

That’s a wrap! Let us know what you think of these findings in the comments section below.