In partnership with International Data Corporation (IDC), App Annie released the third quarter 2013 edition of the ongoing App Annie & IDC Portable Gaming Report.  Viewers will gain insights into the continuing shift in consumer spending from gaming-optimized handhelds to mobile devices. Included are a variety of charts and analysis of the changes seen in smartphone market share, as well as the overall performance of apps by downloads and revenues on mobile devices as they relate to games.

Below are 3 key takeaways from the Q3 2013 Portable Gaming Report (download our full report for the full analysis): 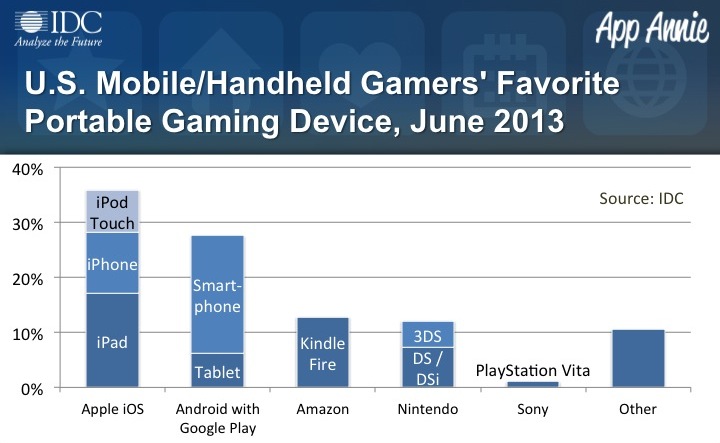