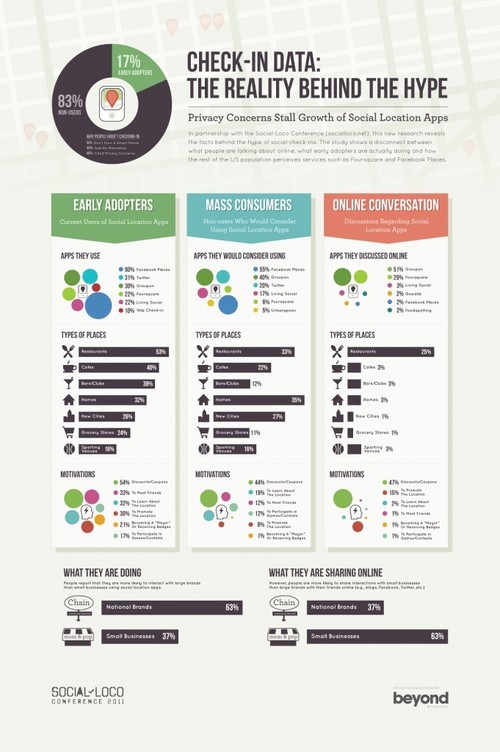 Those who use social location-based apps such as Foursquare or Facebook Places represent just 17% of the mobile population, according to a study commissioned by digital agency Beyond.

Of those opting out of participating in the checkin craze, or any other social location behavior for that matter, 48% cited privacy concerns as their primary reason for not doing so. And 50% were merely unable to do so because they did not have a smartphone.
Show original